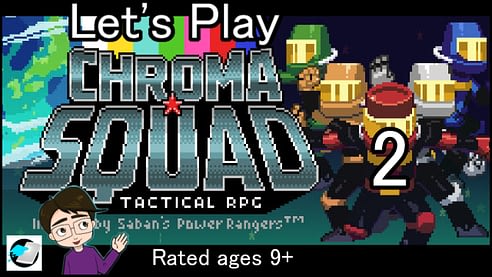 Hello, dear reader, I hope you’re having a good day. This article will include more Chroma Squad tips. Last week’s article has 11 tips for you. You can catch Chroma Squad gameplay on the Lunar Nebula LLC Gaming YouTube channel. I’m not being paid to write this blog, and it contains information based on my opinions from playing the game. I think Chroma Squad’s age rating is appropriate (9+ on the App Store for Infrequent/Mild cartoon or fantasy violence).

I hope these 9 tips help you out, dear reader! Chromatize!

Disclaimer: I’m not being paid by Behold Studios or anyone else to write these tips. The only money I could make would be through advertising on this site or on YouTube at this point in time.