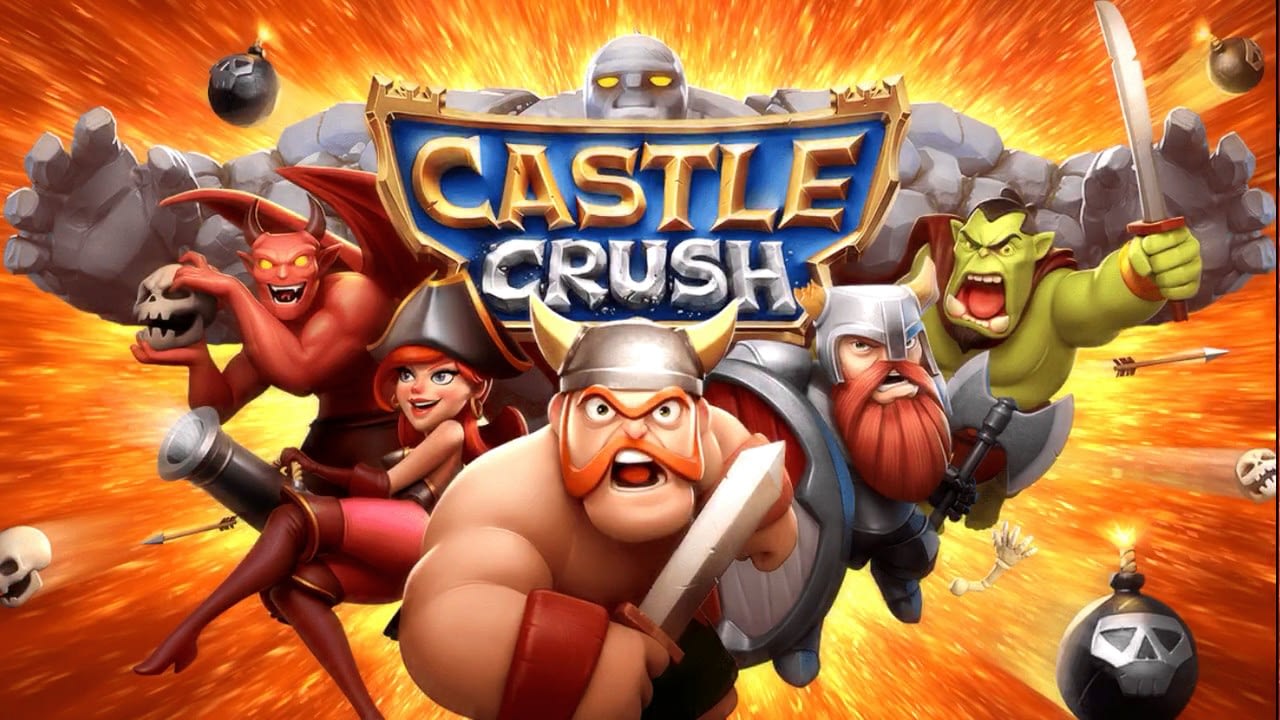 Hello, dear reader, I hope you’re having a good day. This article on Castle Crush contains a light review and several tips. I’m not being paid to write this blog, and it contains information based on my opinions from playing Castle Crush on iOS. Castle Crush is rated 12+ on the App Store for Frequent/Intense Cartoon/Fantasy Violence. It’s almost like watching a Saturday morning cartoon’s action scenes.

Castle Crush is a free-to-play 3 lane card game which runs with a lot of Clash Royale’s design decisions. That’s not a bad thing, it just makes the game feel unoriginal. If you’re tired of Clash Royale, or just want to try a similar game with a different spin on things, then Castle Crush is the game for you. The key to victory lies in lane control, positioning, and timing your unit placement. Parents should know a variety of death effects, including pools of blood, do appear when units die.

Time: It takes about 3 seconds for a match to queue. Sometimes a loading screen will pop up before the match Early rank matches take less than 2 minutes to complete. It’s great!

Pros and Cons: Chill music from Fun Games For Free keeps the action feeling mellow. This can make the game easier to binge as you lose track of the amount of matches you play, yet it also makes the game less exciting. Fast gameplay and reduced variance make the game easy to pick up and enjoy for any player. Castle Crush leaves less room for crazy positioning or antics so I doubt a professional league will really pick up. This does make the game nicer to new players getting used to online play and eases them into the ideas of positioning and timing. Castle Crush is definitely structured to take your money if you want to progress quickly, like most free-to-play games. One con is the seemingly random number of cards you unlock in the chests. My last victory chest gave me 24 common cards and 2 rares. Once you reach 200 trophies or level 2 (I’m not sure which) your deck will expand to allow 12 unique cards or multiples. Frankly, just keeping the same cards you have, but doubled, seems to be a great strategy. This does let you experiment with card types, but it feels less useful when first starting.

Overall Impression: I would recommend Castle Crush to players who enjoy a fast online free-to-play game. There’s minimal lag, easy mechanics, and chill music. The ocean may get too deep and the whales may crush you at higher levels of play due to buying card strength. If you don’t enjoy free-to-play games, lane-based combat, or online play, you’ll hate Castle Crush. I recommend the game to anyone looking for an enjoyable few minutes of simplified online battles. It’s well made. Good tactics will let you defeat enemies with 1000 health more than you. 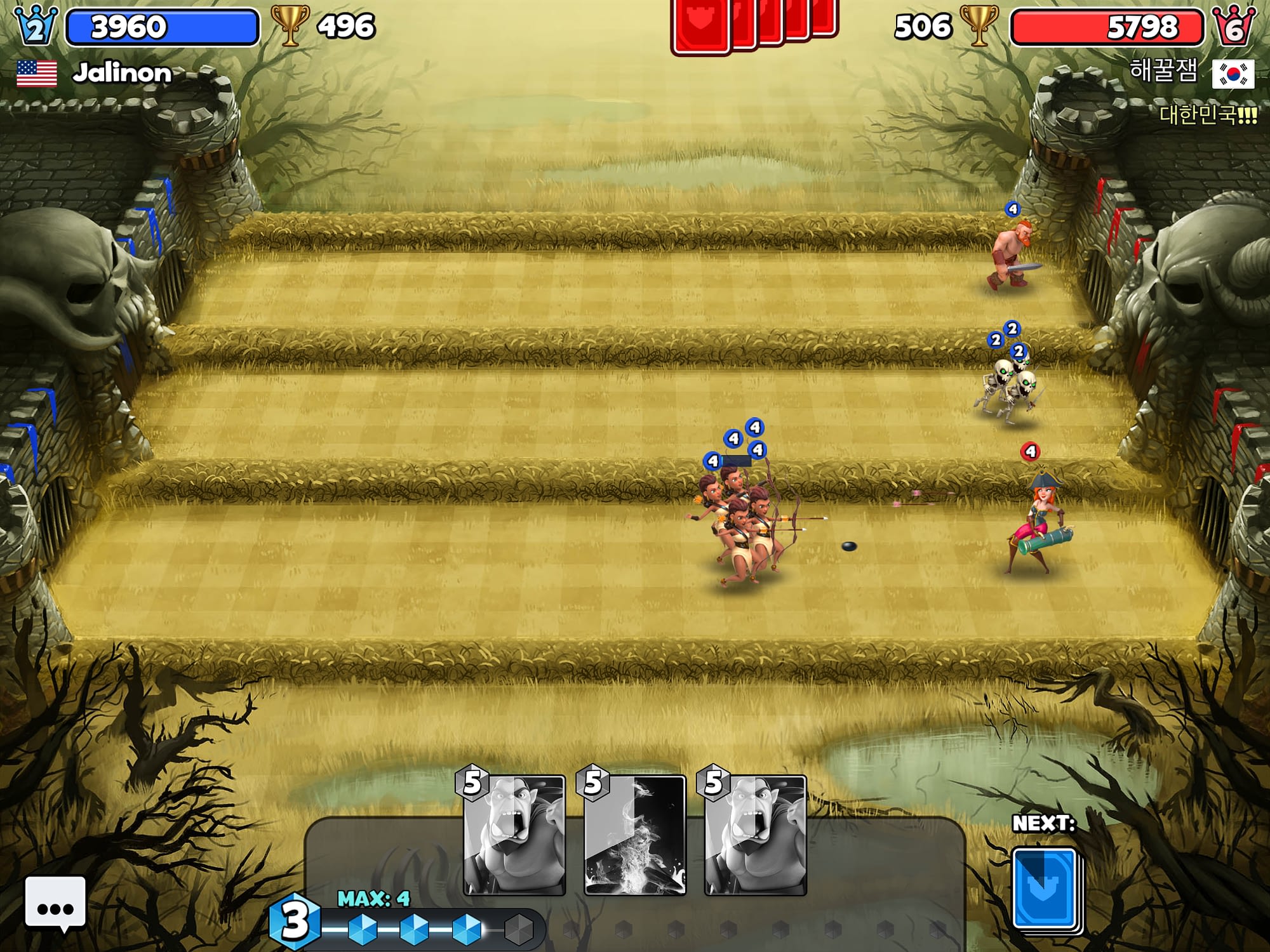 I hope the review and tips help you out, dear reader! May you crush a castle!

Disclaimer: I’m not being paid by Fun Games For Free or anyone else to write these tips. The only money I could make would be through advertising on this site or on YouTube at this point in time. I don’t take responsibility for the content on sites linked to from this article. Also, note the video game doesn’t seem to be related to the board game or Crush the Castle.