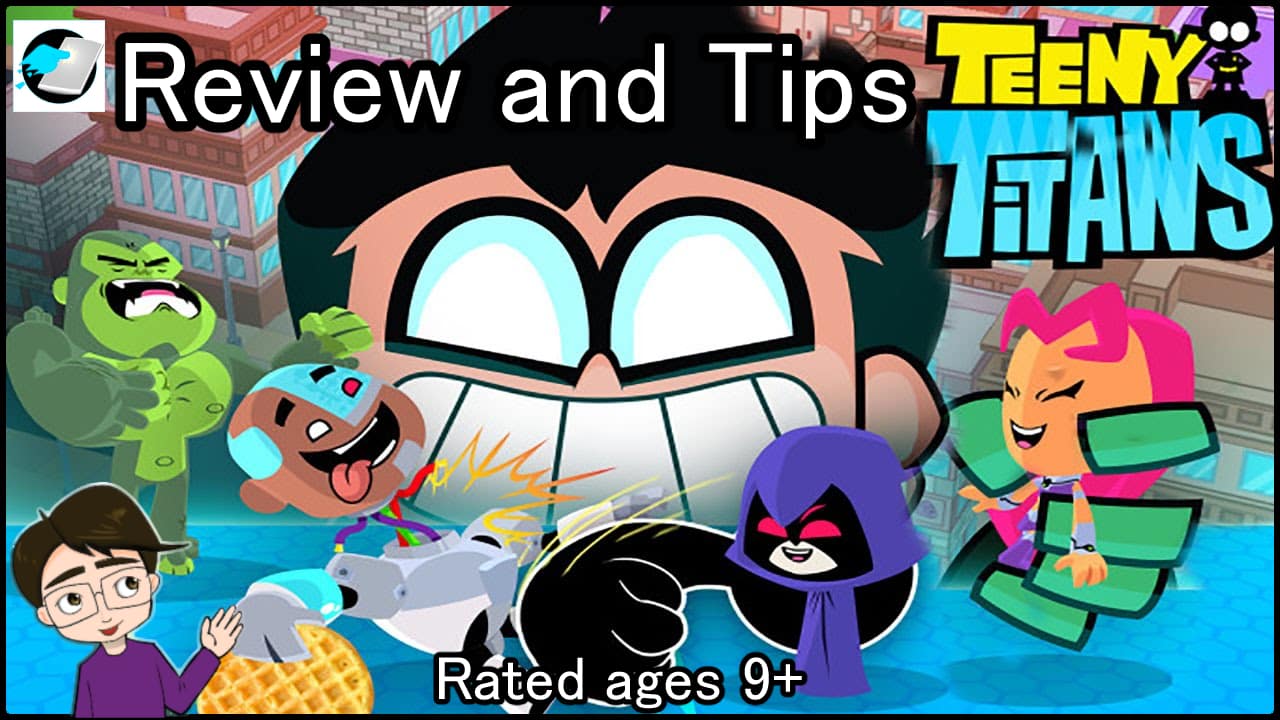 Hello, dear reader, I hope you’re having a good day. I’m not being paid to write this blog, and it contains my impressions from playing Teeny Titans on iOS. You can check out my YouTube channel at Lunar Nebula LLC Gaming to see Teeny Titans in action.

TBS created Teeny Titans. Teeny Titans is a pay-to-play RPG game with mechanics similar to some free-to-play games, Pokemon and Final Fantasy. The collection and enhance mechanics are reminiscent of free-to-play games combining characters into a stronger one. However, you can also go on quests or find figures in the city just by exploring. Combat is based on a timed system like the ATB system. Sort of. Watch the videos on my channel for a better explanation and I can show you the system in action. Teeny Titans has an actual story, makes it easy to gain most characters (you could probably beat the game with starting figures), has cartoony graphics, and is a lot of fun. I highly recommend this game for pretty much anyone. The sequel, “Teen Titans Go Figure!”, is out and provides a bit more bang for your buck by being lighter on the story and improving exploration.

I believe the best team in the game (and easy to access) includes Santa Claus, Blue Beetle, and Robotic Brother Blood. Starting out, I recommend Cyborg, Starfire, and Beast Boy. What’s fun about the game are the various boss fights which provide challenges to your team composition.

Teeny Titans is rated 9+ on the App Store. The main issues I can think of are a few rude jokes at Spongebob or “Teen Titans Go!” level. The game wants you to grind each figure for leveling, yet makes it easy to reach the level cap and enhance your figs. Some devices may include ads, but I still haven’t seen any ads on my game. Keep in mind the game still offers in-app payments to unlock rare figures early in the Riddler store.

Disclaimer: I’m not being paid by TBS or anyone else to write this review. The only money I could make would be through advertising on this site or on YouTube at this point in time. I don’t take responsibility for the content on sites linked to from this article.